For horse owners, one word that can strike fear throughout the stable is strangles. The name alone is chilling, but the disease that it represents is as serious as you might think. Unfortunately, as much as it is feared, it is also misunderstood. When you know the facts to dispel the rumors, you'll be in a much better position to prevent or treat a strangles outbreak in your barn. Here are a few things you should know about this frightening disease.

It Doesn't Discriminate By Age

One of the most common misconceptions about strangles is that it's only a concern for young horses. You might think that a stable with horses that are over a couple of years old is pretty much off the hook for a strangles outbreak, but the fact is that it can infect a horse at any age, not just the young ones. Understanding that it can affect horses of all ages is important because it prevents you from becoming complacent and then facing a serious problem that could have been avoided.

The most common reason why horse owners believe that strangles only affects young horses is because the younger ones often experience more severe symptoms. For older horses, an infection may be milder simply because they've been exposed to the virus before, so their bodies can fight it more effectively, resulting in much milder symptoms.

It Doesn't Take Months To Eliminate The Bacteria

At one time, it was believed that once a barn experienced a strangles outbreak, the bacteria could survive on the property for months, if not longer. This can lead to quarantine periods that are far longer than they really need to be.

Sunlight and disinfection procedures can eliminate the bacteria rapidly. Once your horses have been treated for the disease, clean the barn and all of the stable areas thoroughly with a disinfecting cleaner, then open it all up to allow sunlight to help eliminate the residual bacteria. You can have your property free of strangles in days, not months.

It's often been said that once you've treated a horse for two weeks, they're out of the contagious period for strangles. This isn't actually a guarantee. The only way that you can be certain that your horses aren't contagious anymore is through a series of tests by your veterinarian.

The veterinarian will test for any signs that your horse is still shedding the disease, as well as the presence of lingering active infection. Until you get the all-clear from the vet for all of the horses in your stable, you can't assume that you're out of the woods. Don't bring new horses around until you're certain that there's no risk.

For more information about strangles and how to help your horses, contact an equine hospital in your area, such as Alabama Performance Horse Services. 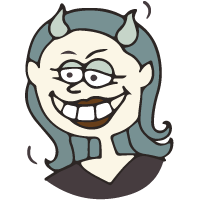 As a new pet owner, I realized that I needed to find a vet who could help me to take great care of my animal. Unfortunately, I had no idea what I was doing, and finding the right doctor was a little challenges. However, after I started looking around for a doctor, I was able to find all kinds of great reviews that were really helpful. It was really fun to find such an incredible vet, and I was really pleased with how much he helped with my animal. Check out this blog for great information on veterinarians and their contribution to the animal world.